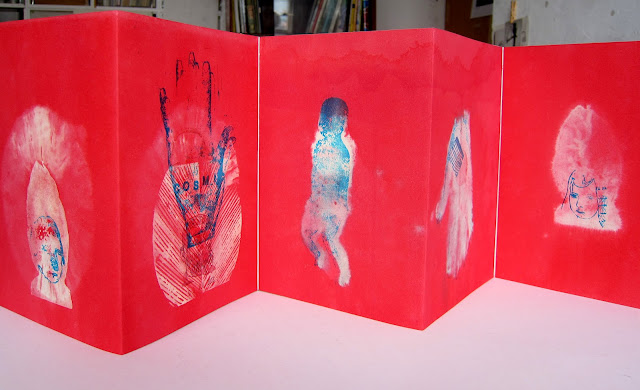 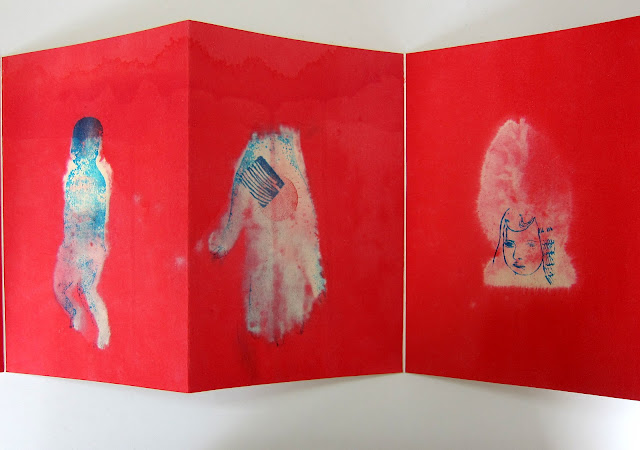 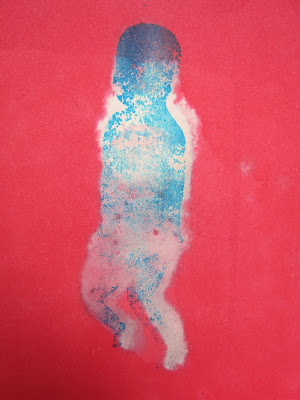 Fowler will continue his exploration of hand cut rubber stamp printing technologies and homemade ink pads in the making of Cosmic Forces. 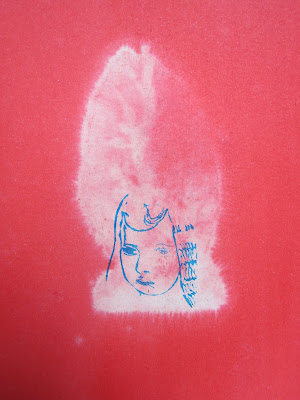 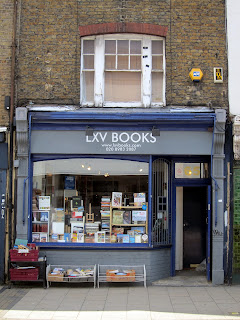