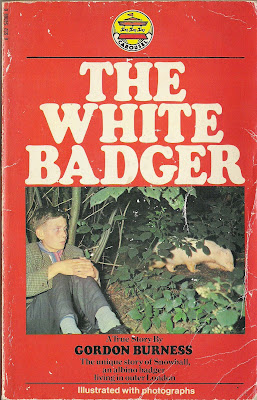 The White Badger
by Gordon Burness

Within eighteen miles of the centre of London lives Snowball,a rare albino badger.
Gary, Phil and Gordon have known Snowball since he was only a few weeks old.Gary was eleven and Phil fourteen when they arrived on Gorden's doorstep asking to be taken badger-watching.On their very first outing one of the boys saw an all-white badger cub - and that is how it all started .  . .


Animals not far remote from ordinary form prepare the transition from light to darkness.Next follow those constructed for twilight and last of all those destined for total darkness.  Charles Darwin.

In albinism skin, hair and eyes are deprived of pigment,leaving the body susceptible to sunburn and the eyes to to blindness.
Certain albino creatures, rarely if ever seen, live in deep underground caves in total darkness.
Special Cases, Natural Anomalies & Historical Monsters by Rosamond Purcell.


Posted by Stephen Fowler at 15:30 No comments:

I was invited to Lincoln Art School last week to give the 2nd year Graphic Design degree course a series of Rubber Stamp workshops.
The students were very enthusiastic and they made some great rubber stamp prints. Stamps were printed in a variety of book formats including concertina - this particular approach worked very well, prints could be viewed in isolation or as a group.

The senior lectures, Barrie and Philipa were great hosts, supplying me with hot tea, coffee & sausage rolls over the two days.
Barrie lent me an interesting book called Rubber Stamp Publications (an index) by Aart van Barneveld,  printed in 1980, edition 500.
The book is  a visual catalogue of rubber stamp Atists Books from the 1970's.

The catalogue will act as a great starting point for research into this particular field of Bookart at the V&A and Tate libraries.

Posted by Stephen Fowler at 14:58 No comments:

My Bristol residency report has just been published ,
visit the website below .
http://www.bookarts.uwe.ac.uk/fowlrep12.htm

It includes a list of Things Made & my residency Top Ten Tunes.

Planning a series of field-trips over Easter and the Summer Months,
they will include ; Cornish Rock-pools exploration, plaster cast printing in Borley Village and the hunt for Preston's Spiritual Evidence Group. 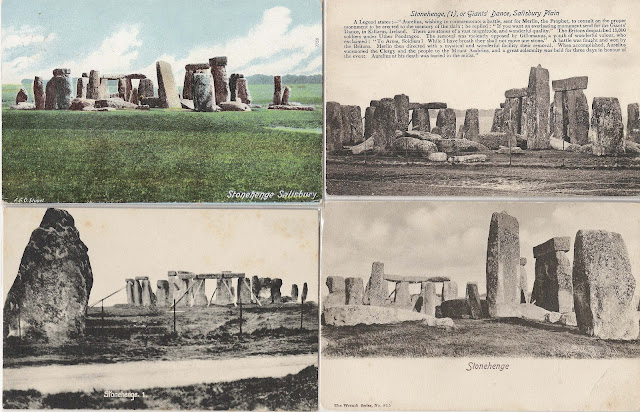 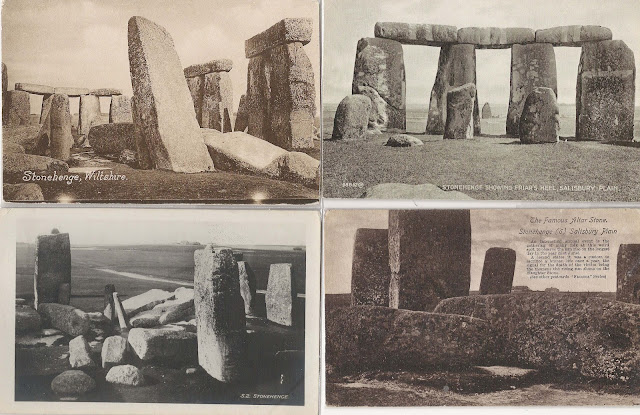 
These postcards were printed in the early 1900's.
They were collected over several visits to Covent Garden's Jubilee antique/collectors Market during the last months of 2011.
Posted by Stephen Fowler at 06:53 No comments: 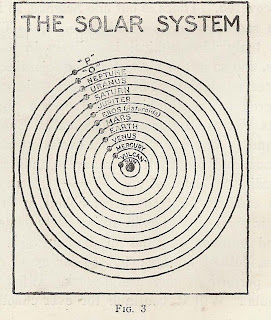 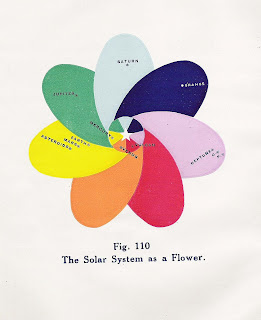 Solar System diagrams from First Principles of Theosophy by C.Jinaradasa, published in 1923.

The planet Vulcan  is included in both diagrams.
In Roman mythology, Vulcan was the god of beneficial and hindering fire, including the fire of Volcanoes.

The planet was first seen by Edmond Modeste Lescarbault.


'Lescarbault described in detail how, on 26 March 1859, he noticed a small black dot on the face of the Sun which he was studying with his modest 3.75 inches (95 mm) refractor. Thinking it to be a sunspot, Lescarbault was not at first surprised, but after some time had passed he realized that it was moving. Having observed the transit of Mercury in 1845, he guessed that what he was observing was another transit, but of a previously undiscovered body. He took some hasty measurements of its position and direction of motion, and using an old clock and a pendulum with which he took his patients’ pulses, he estimated the duration of the transit at 1 hour, 17 minutes and 9 seconds.
Le Verrier (the French mathematician )  thought he was satisfied that Lescarbault had seen the transit of a previously unknown planet. On 2 January 1860 he announced the discovery of Vulcan to a meeting of the Académie des Sciences in Paris. Lescarbault, for his part, was awarded the Légion d'honneur and invited to appear before numerous learned societies.'


Posted by Stephen Fowler at 06:32 No comments: