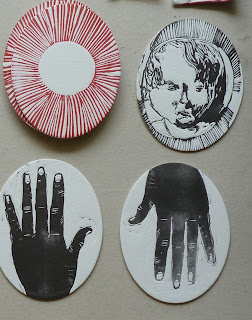 Stop press ! !
I've been asked to run a rubber stamp workshop for 'Into the Fold' on Monday 5th March from 3pm.

If you'd like to take part send me an email.

'Camberwell Press seeks to create an ideal and intensive studio within a public space for two and half weeks.

The exhibition will culminate in a publication formed from material generated with collaborators via a series of talks,workshops,design and publishing projects.' 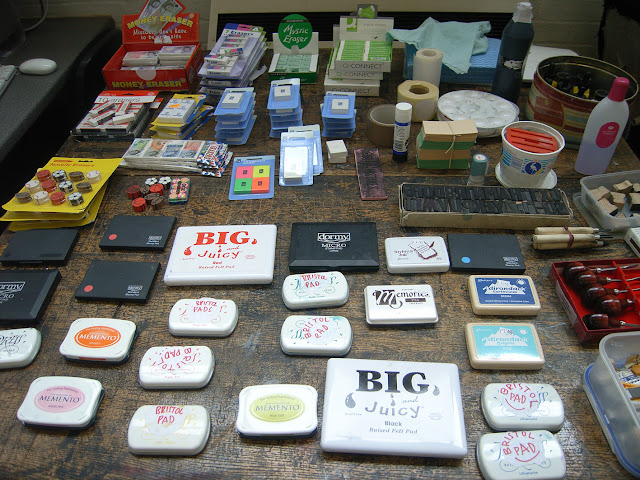 Posted by Stephen Fowler at 14:40 No comments:

A Trip to Margate Shell Grotto 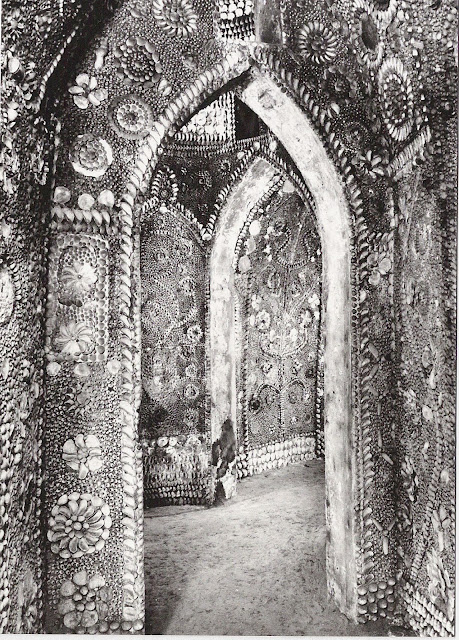 I took to a trip margate two weeks ago and visited the Shell Grotto.
Its a beautiful place.
I noticed pencil graffiti from the Victorian era including love notes and visitors initials.

Ghostly echoes  traveled round corners from other day trippers.

'The Shell Grotto is an ornate subterranean passageway in Margate, Kent.Almost all the surface area of the walls and roof are covered in mosaics created entirely of seashells,totaling about 2,000 square feet of mosaic,or 4.6 million shells.It was discovered in 1835 but its age remains unknown.' 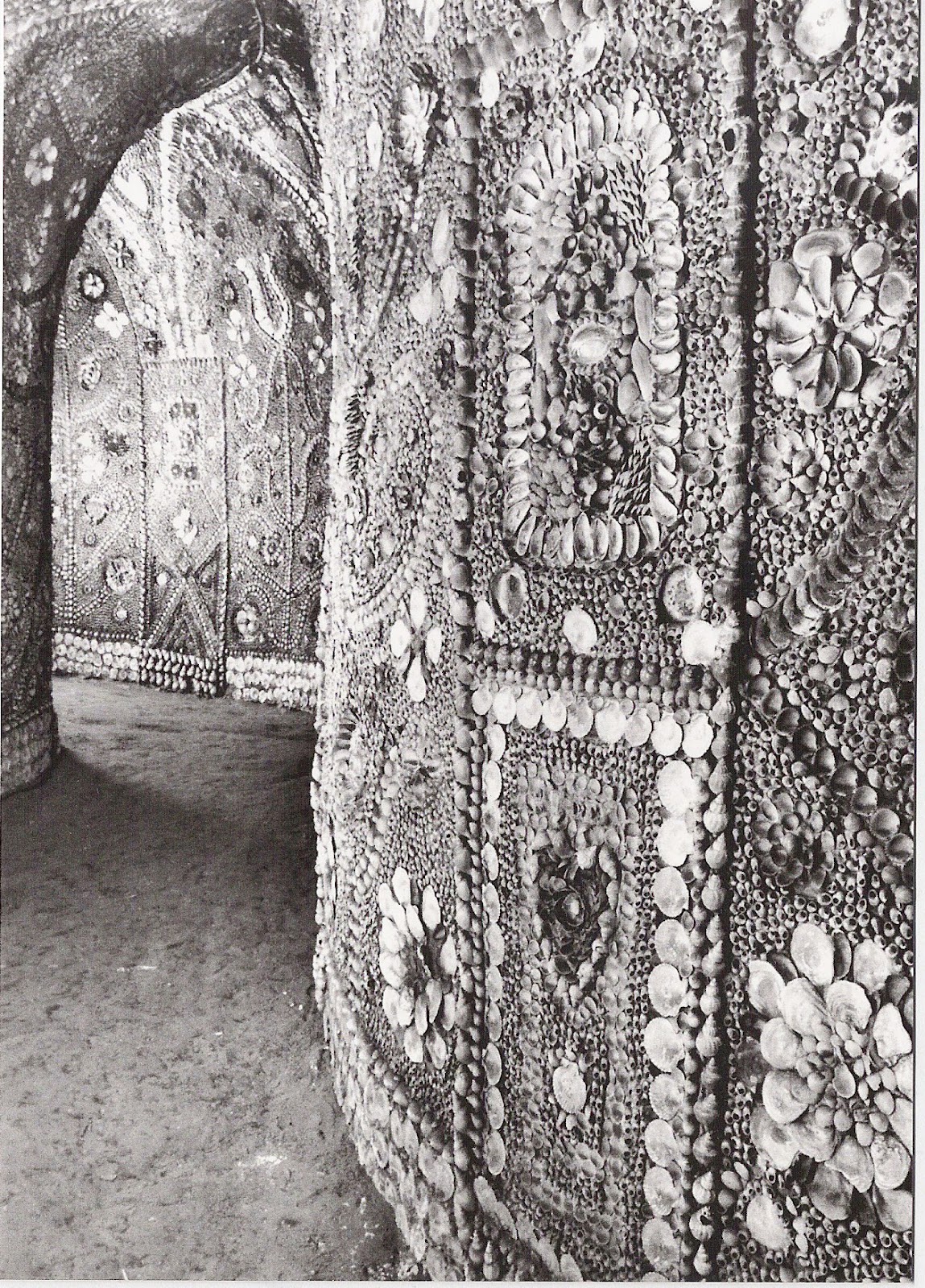 Posted by Stephen Fowler at 12:25 No comments: 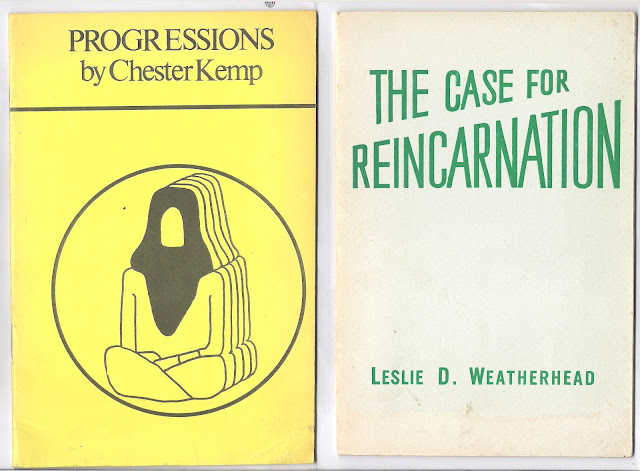 Posted by Stephen Fowler at 11:35 No comments: 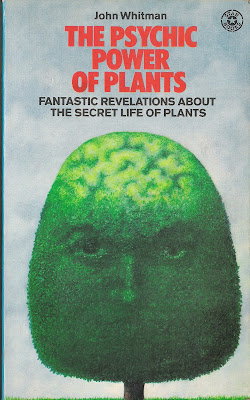 Found this book in the basement Quinto bookshop,Charing Cross Road,
It was once part of Preston's Spiritual Evidence Group's Library. 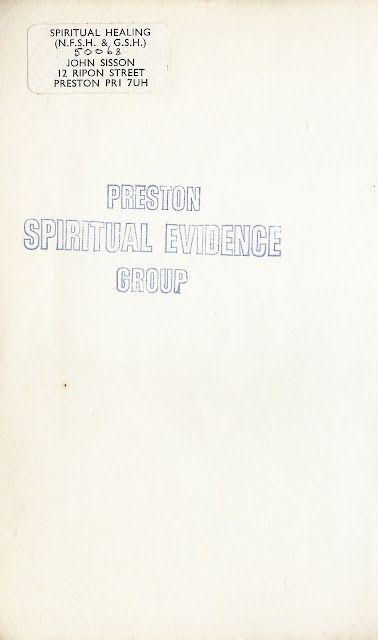 I wonder how many members were in this organization and what may of happened during their meetings?

Did they keep a record of their minutes?

Are there membership photographs?


I thought of this photograph last night & thought about the crossovers with  the Preston posting.
I like the civilized nature of the image, it gives what some people may perceive as a whimsical notion a real dignity.
A drawing-room or Radio 3 validation rather than a scientific one perhaps.

Its taken from the book, The Gardeners Folklore by Margaret Baker, published 1978.
Evidence for the book was collected from all over the world, she posted adverts in local papers inviting readers to send in their memories old garden folklore.

This delightfully written book shows just what people have believed and still believe will help their plants grow.The observance of lunar and  astrological conditions when planting,ways of encouraging fruit-bearing and discouraging pests,beliefs about the effects of climate and calendar, spells, the influence for good and bad of certain plants, the links between owners and trees . . gleaned from the people who grew up with them, they have much to say about our rural origins as  well as having, here and there, implications for the future.

Taken from the book-jacket slip.


Listen to Bach's Minuet in G

In reflecting on the image of musicians serenading hydrangeas it brought to mind this neolithic site postcard.

Like a lot of small dwellings , a fence has been built round this ancient 'house' and garden.

'Yet guessing is dreaming too, and if we can never know another man's dream as he knows it, we can come to the spirit of his activity by engaging in a similar process '

Taken from the 'Note on the Photographs' , Assemblage Environments and Happenings. by Allan Kaprow.

Posted by Stephen Fowler at 16:48 No comments: 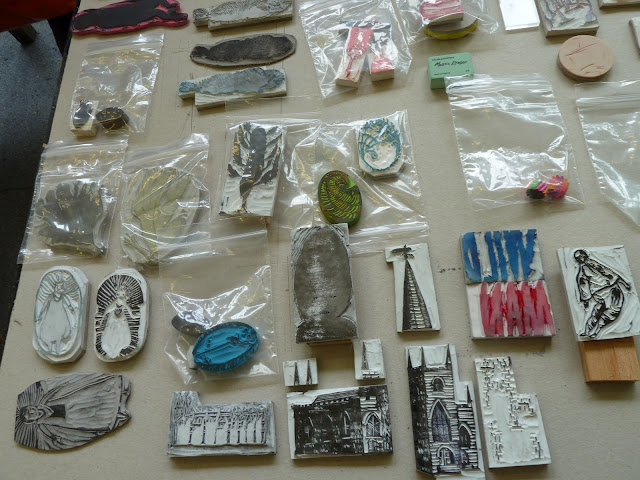 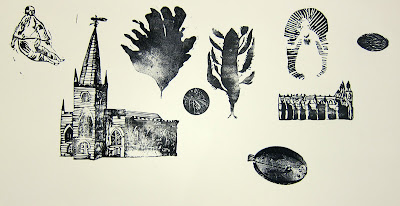 
Come and learn how to make & print your own hand cut rubberstamps at a printing workshop I'll be running on the Sunday afternoon.

Looking forward to being back in Glasgow!


Posted by Stephen Fowler at 13:49 No comments: