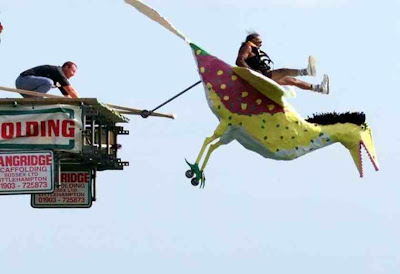 Talk at the Petrie Museum of Egyptian Archaeology

I went to a very good talk at the little Petrie Museum around the corner from Gower Street on the 19th January.
'HARN member, Amara Thornton (Institute of Archaeology, UCL) explores the connections between sites and seances in early twentieth century archaeology. Concentrating on the archaeologists George Horsfield and Agnes Conway but with reference to Petrie’s assistant and lecturer at UCL Margaret Murray, Dr Thornton considers how the use of mediums and psychical research was a larger phenomenon in archaeology than has generally been admitted.' 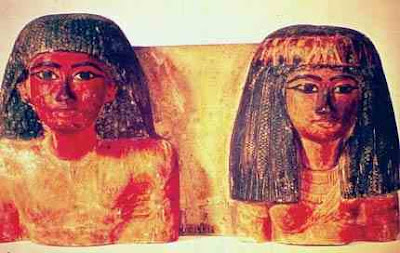 The Petrie Museum is an excellent Egyptian museum, it opened in the 1930's - it looks if its straight out of the pages of the Tintin book 'Seven Crystal Balls' or the Boris Karloff  film 'The Mummy' .


www.ucl.ac.uk/museums/petrie
Posted by Stephen Fowler at 11:21 No comments:

Posted by Stephen Fowler at 05:30 No comments: 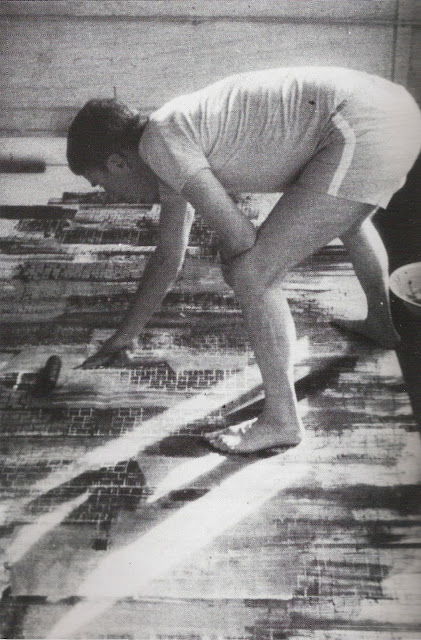 The adapted roller in use.
Posted by Stephen Fowler at 09:55 2 comments: 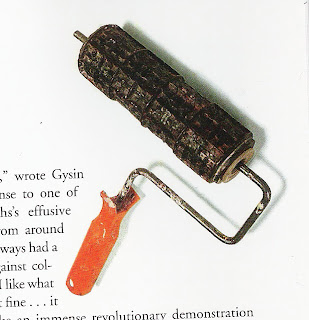 This adapted roller was used by Gysin whilst collaborating with William Boroughs 'on collaged scrapbooks that featured snippets from newspapers,his own (Borough's) photos,photo-collages,as well as bits of his own texts,printed and written.This body of work,to which Gysin also contributed,supplying drawings and rollergrid backgrounds to lend order to the individual pages,pages would amount to at least ten notebooks of varying lengths created over a period of a decade.'