The Wildman traveled all the way to Birmingham for his third (& possibly last outing.)

The class formed part of the workshops taking place during Supersonic's 10th music festival.
Saturday's theme was mavericks , Sunday's was the Wildman.

Two classes took place each lasting an hour, the first was attended  predominately by Mothers, Fathers and their small children.  The children had great fun prodding and shouting at the Wildman to cry. The class reminded me of a Punch & Judy show, the children were liberated, screaming, shouting, jump around and being wild. 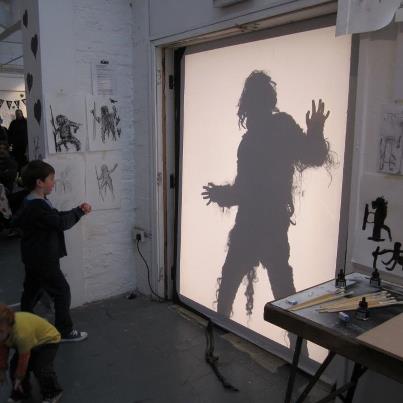 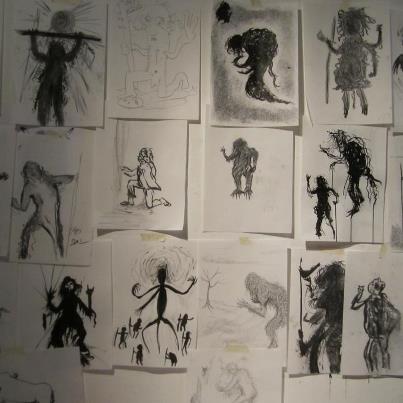 Posted by Stephen Fowler at 16:39 No comments:

The CPT transformation turns our universe into its mirror image, but what happens when a divergent component breaks this symmetry?

The class will concentrate on explaining and exploring the visual conventions of CPT symmetry theory. Participants will navigate though a series of staged compositions in exercises that look at symmetries in anatomical and structural form and transformations that are involved the simultaneous, and asynchronous, inversions in charge, parity, and time.
Harriet Cory-Wright.


The  Life Drawing Class was one of the many workshops, talks and demonstrations that took place over the length of the Jiggling Atoms Exhibition.


It was really interesting and rewarding process devising the class with Harriet and modelling along with her, Rosie and John.

Being  a builder of props, having a role of one of the instructors and life models, sometimes together sometimes separately was  a highly creative free flowing process. I'd like to experience this again, next time encouraging the  participants to also join in with creating props, modelling and moving to music and the mood of the class as well as drawing the happening, this could take place over a length of a day and evening. 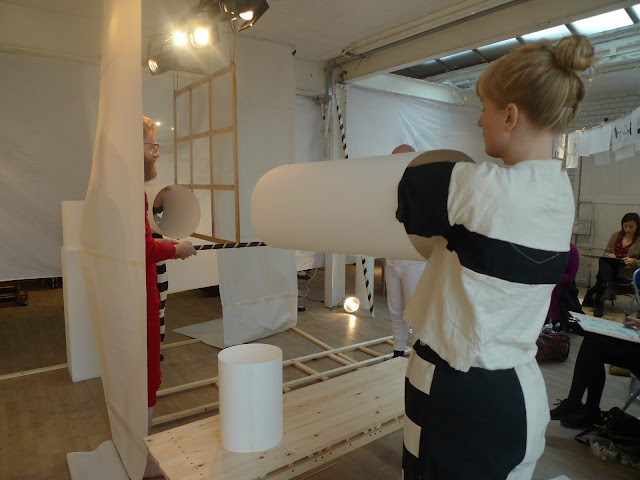 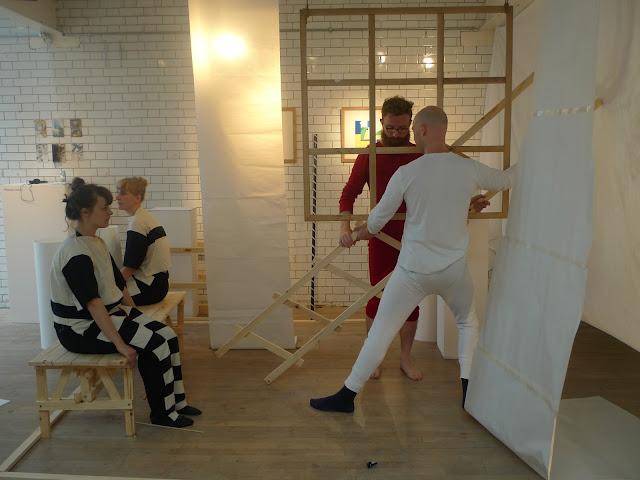 Posted by Stephen Fowler at 16:08 No comments:

Over the last 8 months I have been taking part in the Particle Physics Project Jiggling Atoms. 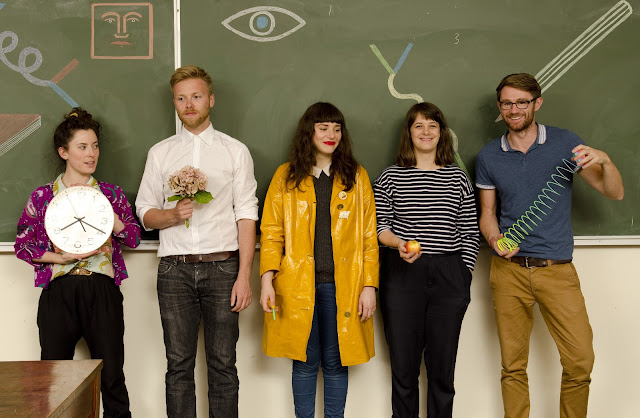 Jiggling Atoms is an interdisciplinary science and illustration project exploring the wonders of particle physics, sponsored by the Science and Technology Facilities Council and the Institute of Physics. 25 artists illustrate the atomic world as seen through the eyes of a scientist; from the inner workings of atoms to the motion of galaxies. By mixing knitting and black holes, paint and giant particle-detectors, the atomic space collides with the gallery space!
The unique spirit of Jiggling Atoms is based on the collaboration between the artists and research physicists Malte Oppermann (Imperial College London) and Dr. Ben Still (Queen Mary University). Inspired by Nobel-laureate Richard Feynman and his wonderful ability to teach physics to non-scientists, teaching was the starting point of the project. All artists attended a lecture series held at Imperial College London throughout April and May 2012, written especially for the project by Oppermann and Jennifer Crouch. It was in these talks that the artists explored a plethora of astonishing topics in particle physics, the likes of which, through their own creative education, they were unlikely to have studied in any real depth. We believe this unique teaching-based art initiative creates a new space for science and art.

The challenge was then set to create games, images, sculptures, comic strips or info-graphics, encouraging our artists to combine what they had learnt about scientific principles with their interpretative skills as artists. This exhibition will host the talents of recent graduates as well as more established artists, including Sister Arrow, Zeel, Stephen Fowler, Katie Scott, Peter Nencini, Grace Helmer, Jimmy Patrick, Elizabeth Towndrow, Jack Hughes, Bryony Quinn, Peter Rhodes and many more.

Jiggling Atoms was conceived by Natalie Kay-Thatcher and is co-curated and organised by Rosie Eveleigh, Malte Oppermann, Dr. Ben Still and Jennifer Crouch. With support from the Science and Technology Facilities Council and The Institute of Physics Public Engagement Grant, Jiggling Atoms seeks to increase the presence of science in the visual arts, opening a channel of science-oriented communication rarely used in this context or with this intensity.

http://jigglingatoms.org/exhibition/
Posted by Stephen Fowler at 15:49 No comments: