' Huge and hairy and mute. . .he may be so large that his legs alone have the sizes of tress. His temper when aroused is terrible and his first impulse that of tearing trespasses to pieces. When moved to revenge, he nay make lakes disappear and towns sink to the ground. He devours human beings, preferring unbaptised children, and - according to a belief held in Italian Tyrol and in the Grisons in Switzerland- makes a practice of exchanging his own worthless progeny for human offspring' 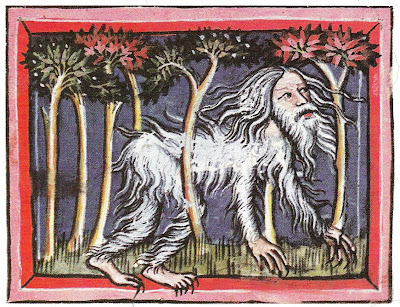 15th century manuscript illustration of Nebuchanezzar, the Babylonian king from the Old Testament Book of Daniel,
'During that time he lived away from others, eating grass for food and letting his hair and nails grow wild. In the the Middle Ages some mad persons were allowed to go free, and they usually drifted to the woods in order to live unmolested.' 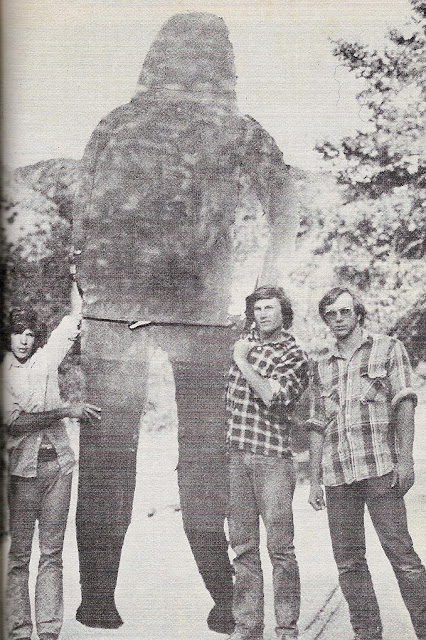 Three students and a card board reconstruction of the huge figure that pursued them from their campsite, loping along after their pickup truck in Angles National Forest, Southern Californa, 1973. 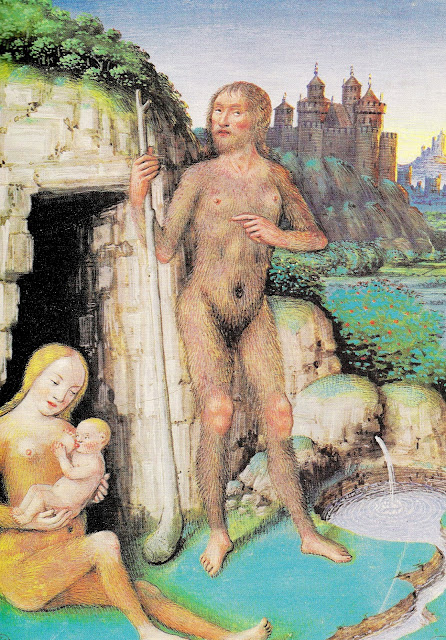 We feed on wild fruit and roots, drink the clear water of springs and warm ourselves by the light of the sun.Our garment is the mossy foliage and grass which serve also as our bed and bedspreads . . .company and pleasure we find in the wild animals of the woods, for since we do them no harm, they let us live in peace. . .We exult in brotherly love and have never had any strife among us, for each does to the other as he would want him to do to himself'

The Lament of the Wild Man about the Unfaithful World 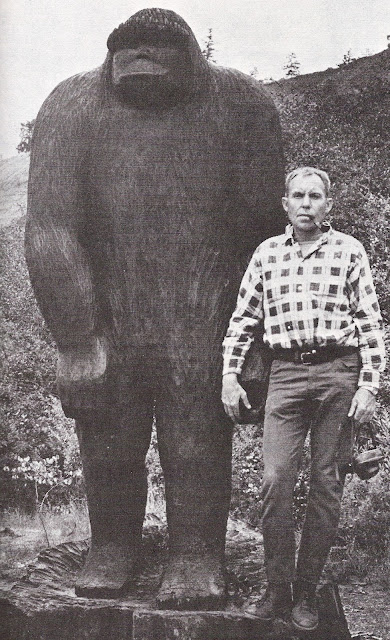 Now, as lightening pitchforked in dark pastures of sky
above the remote Bluff Creek wilderness,
dwindling sanctum of strange man-ape beings,
I felt a kinship with those lost hearts beating hugley against the fall of time.


And as night gathered in the long canyons
I took the headlamp which would light me down
and signaled out across the miles; so, linked
at least in ceremony, Bigfoot and I moved
in separate sorrows along our evenings trails.


As published in the Mountain Gazette, July 1975. 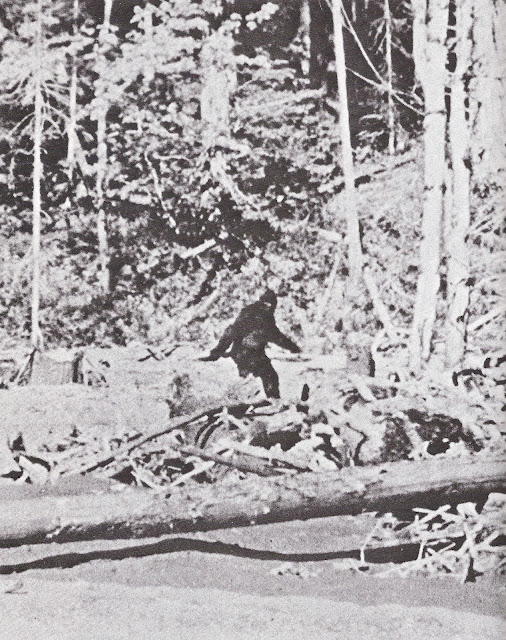 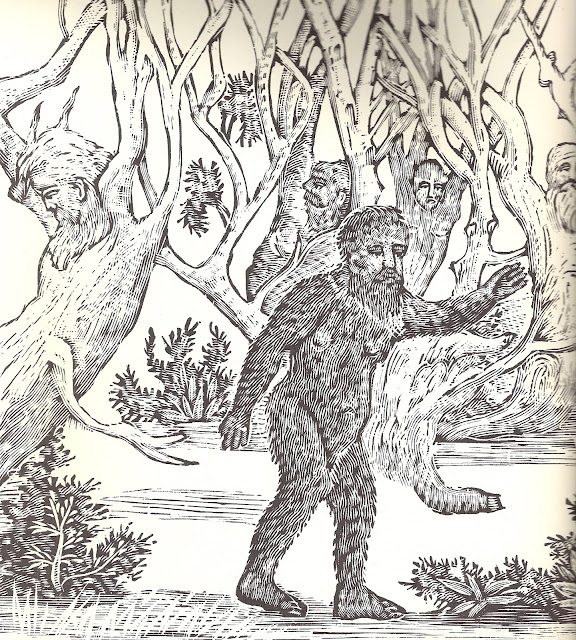 A 17th century engraving of a Wildman discovered in Java.

These are some of the drawings created during the first Wildman life drawing class.

It took part on 20th October at the Horse Hospital in Bloomsbury and it was one of the events curated for the Artist Ronny Long's show 'My  Life on Earth 1991 - 2002.'


Ronny and Bigfoot: Although Bigfoot was initially a source of fear for Long (as a child he would frequently obsess over Bigfoot roaming around his neighbourhood or finding his way into the family home), the creature has fueled much of his work. From childhood doodles and drawings of Sasquatch through to his most recent cycle of Bigfoot paintings, the idea of a human-like creature existing somewhere outside of society, unknown, unseen and untamed, has proved integral to Long’s vision. 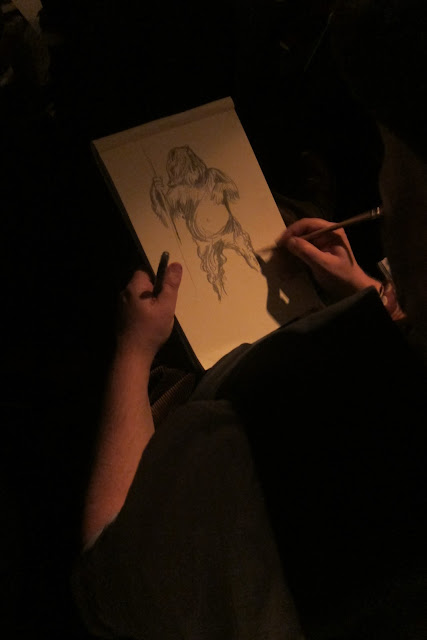 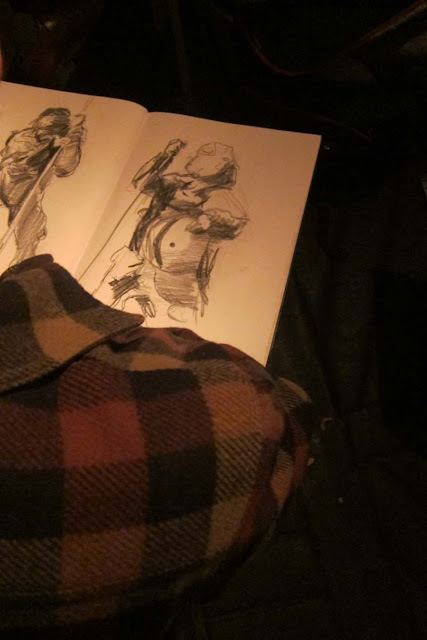 Posted by Stephen Fowler at 16:55 No comments:

I snapped these photographs of Jeremy Deller's inflatable Stonehenge whilst visiting Glasgow to take part in the Glasgow Artist Bookfair a few weeks ago.

I was attempting to capture the same view points of my Stonehenge postcard collection. 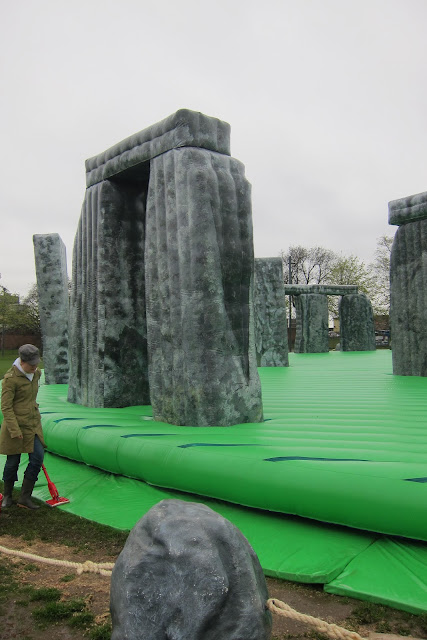 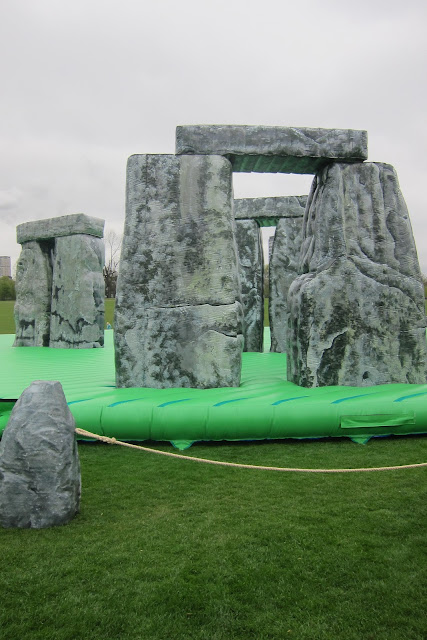 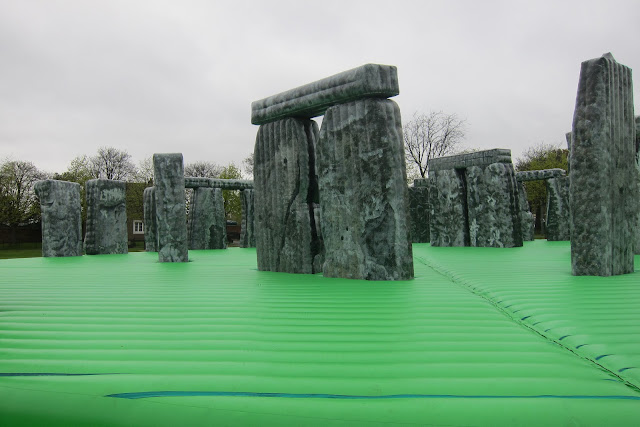 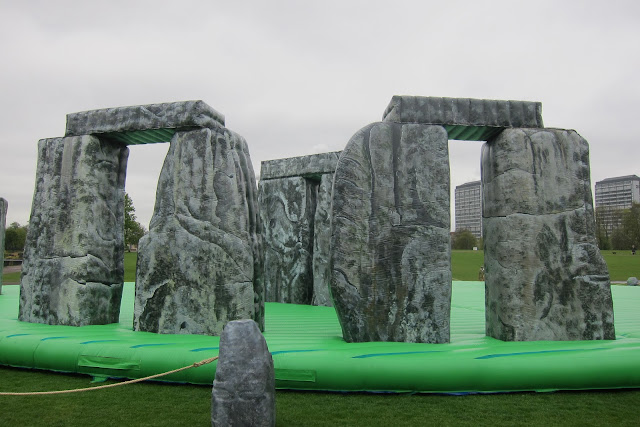 Posted by Stephen Fowler at 02:28 No comments: